Just added to your cart

For those of you who have followed the brand for any given amount of time you are probably familiar with our mantra “Cool Girls Care”. In fact, I just received the official trademark for the phrase! That means it’s Cool Girls Care™, to you! For me, the mantra is not just a fun phrase but a commitment and reminder to continue to do good; to continue to be a brand that values people, the planet and celebrates individuality and challenge consumers to care along with me.I’m proud to say all of that.

The story I’m about to share? I can confidently say I’m not so proud of. 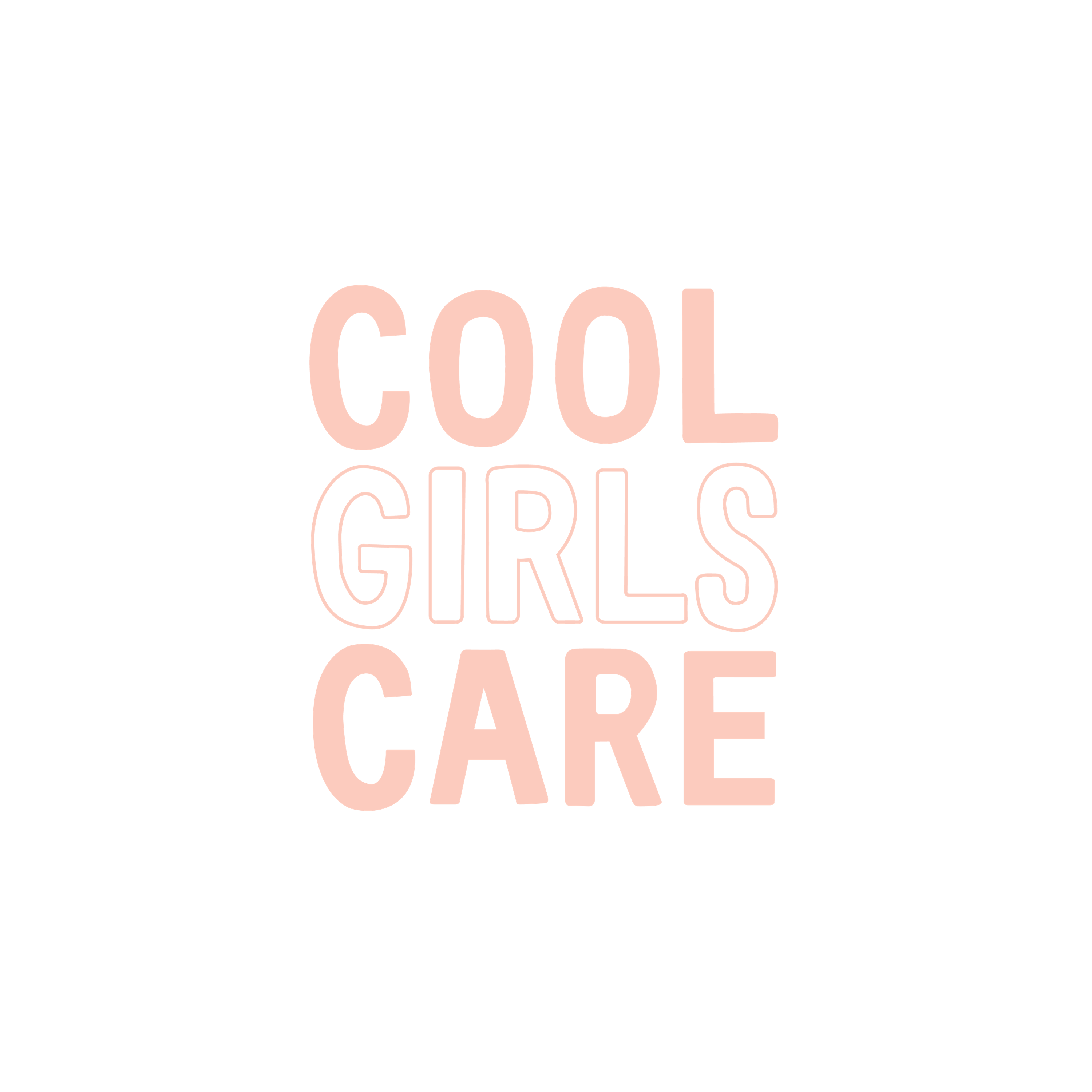 So, you now have an understanding of the value and sanctity of the mantra, right? It seemed crucial, to me that it be highlighted in the storefront. How was I going to do that, you ask? With a big neon sign, of course! My idea was to have it centered on the main wall, arching over an incredible, giant, round, pink mirror! Here’s the problem, I’m not an engineer and this concept required one; thank God for my brother because he saved me. Prior to his AutoCAD mockup with precise and exact dimensions I was emailing the sign company, receiving and editing mockup after mockup with little to no understanding of what dimensions to be concerned with. Without his help, my sign would’ve been 50” wide with letters 18” tall! All you have to know is that meant that the word “COOL” barely fit over this giant ass mirror!

Ok, so fast forward, my brother finalizes a draft, I send my brother’s draft to the sign company; and they send me the final mockup and it’s perfect! I check all the dimensions, the arch and everything looks great! I give them the go-ahead and wait patiently for my tracking info.

About a week later, I receive sed information and notice something funny. The link to the tracking is labeled “Cool Girl Care”. ‘Ha ha’, I laugh to myself they forgot the ‘s’ in 'Girls' on this meaningless link and that is funny. Laughing at their mistake made me less afraid that there was actually a much larger mistake... and that it was not their's but mine. I quickly went to the last mockup I had received and approved and notice my absolute worst fear.

THE SIGN THAT IS LITERALLY ON THE WAY SAYS “COOL GIRL CARE”, PEOPLE!!!!

To paint you the full picture, imagine a puffy, sweaty, crazy-haired me hyperventilating, riding a carousel of frustration, shame, embarrassment and confusion. You know what? It’s actually just easier to show you.Here we see a real photo from that moment.

More on why I decided to capture the moment, later. 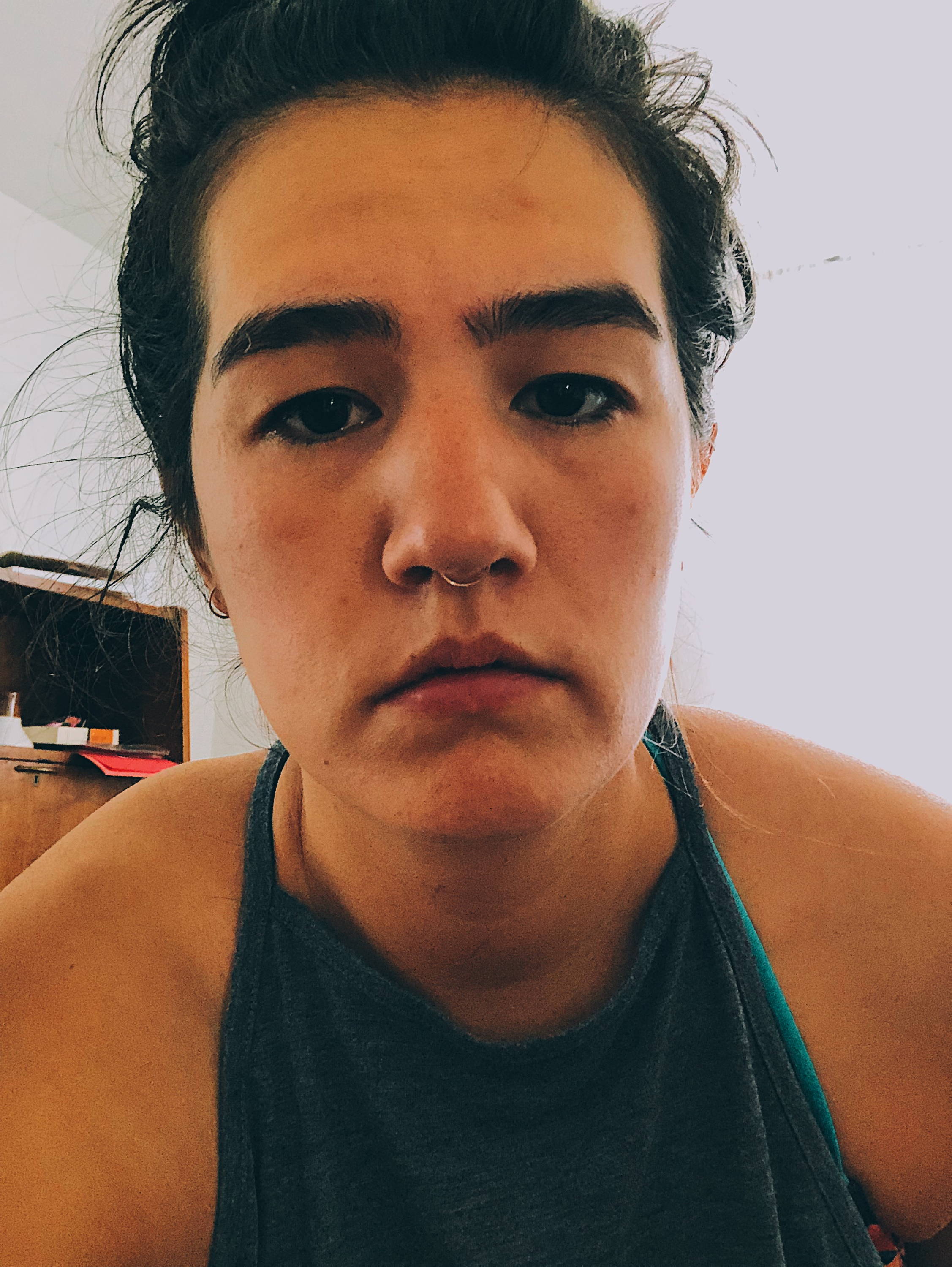 Sad Sack Uncovered:  A very real me attempting to smile but is really just puffy, sad and on the verge of a small cardiac arrest.

The first person I called? My boyf, of course. I think all I managed to say between tears of frustration was, “I’m so stupid. I’m so stupid. How could I miss this?” It was a good question. Here is how I understand it happened. I had reviewed sooooo many mockups, so many! All of them had the correct phrasing, every. single. one. All but one, actually! The most important and final version, in fact. By the time that one had rolled in, I was no longer looking at the spelling, I was hell-bent on getting the dimensions and arch right. Never has my lack of extreme attention to detail hurt me so badly. This was not only the pièce de résistance of the store, it was also, by far, the most expensive part of the entire build out.

So there I am, feeling completely defeated and unable to express anything beyond my own self-hatred. My boyf, Isaac, is a character my life story would not be as full without. He shows up as equal parts hero, partner, challenger and friend. In this scene, he was partner and friend, he told me about how he has made the very same sorts of mistakes when he designs; and that it’s easy to get caught up in aesthetics and miss even the biggest of typos. He offered suggestions of painting or adding in the ‘s’ above the sign and making it a light-hearted part of the space. While sweet suggestions, they were no substitute for the vision I had created. I decided to just email the company and hope for the best. I admitted my fault and asked what solutions were available, I wasn't going to take 'no' for an answer. I needed a solution.

The good news? As it turns out each word was a separate light that connected to each other. Changing out “GIRL” for “GIRLS” was as easy as unplugging and plugging in the correction. The company was so understanding and was super kind to rush the sign and only make me pay for shipping. It was beyond a relief. Thank you WEON Light!

This is why I took the god-awful photo of myself. Because, eventually, it would be funny. Comedy is just tragedy plus time. I knew that even though my world felt as if it was crashing, it wasn’t and at some point later on I would be able to see that. It would be fine and I would be fine. Lucky for me, it all got worked out beautifully and I didn’t have to sacrifice my vision. It doesn’t always work out that way, in fact it almost never does, and I can’t adequately express my gratitude.

So you should know, I am so, so entirely grateful and I frankly feel like I got away with something….

Enjoy, the very first photos of the gorgeous and corrected neon sign with our custom clothing racks! 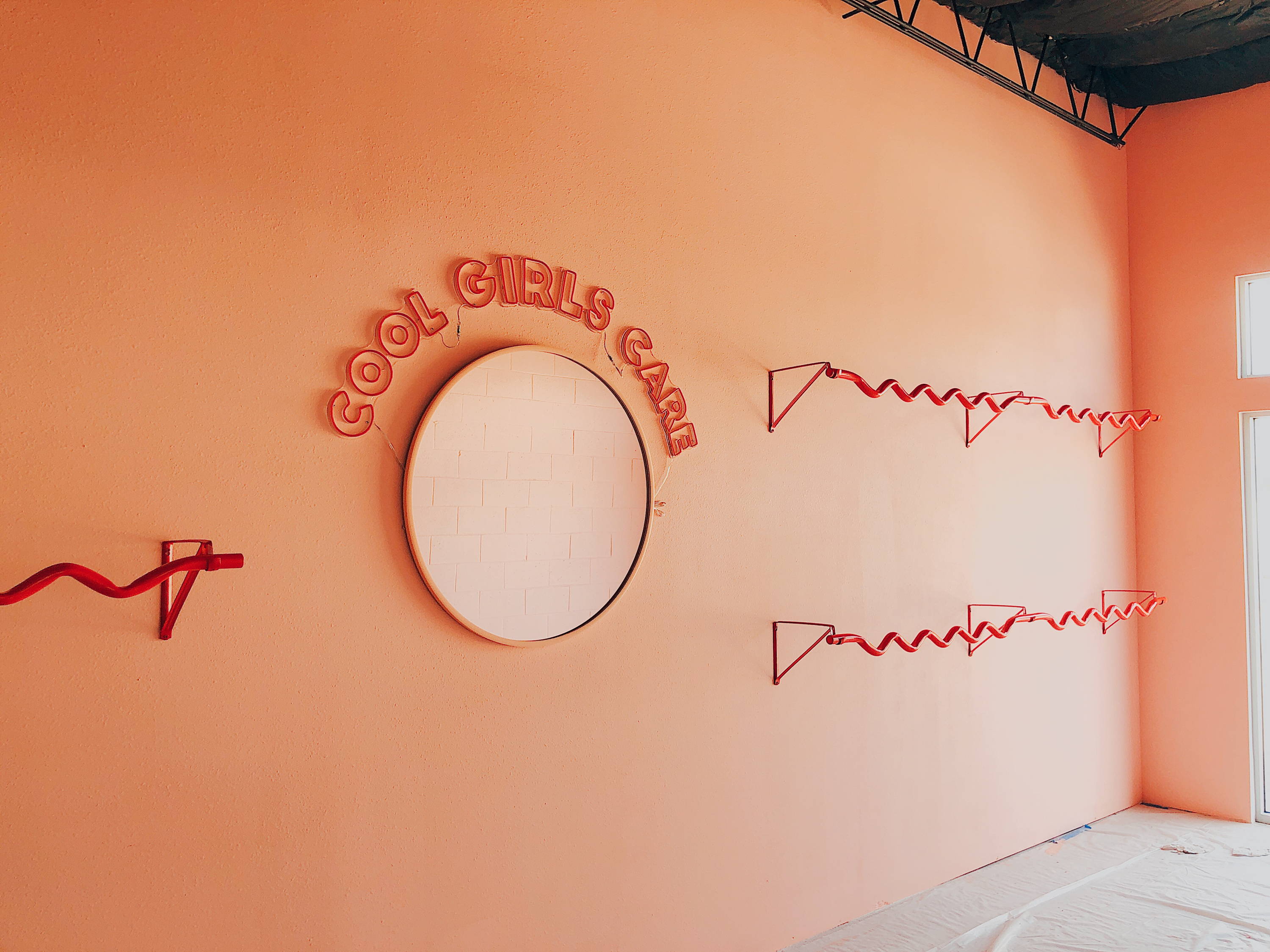 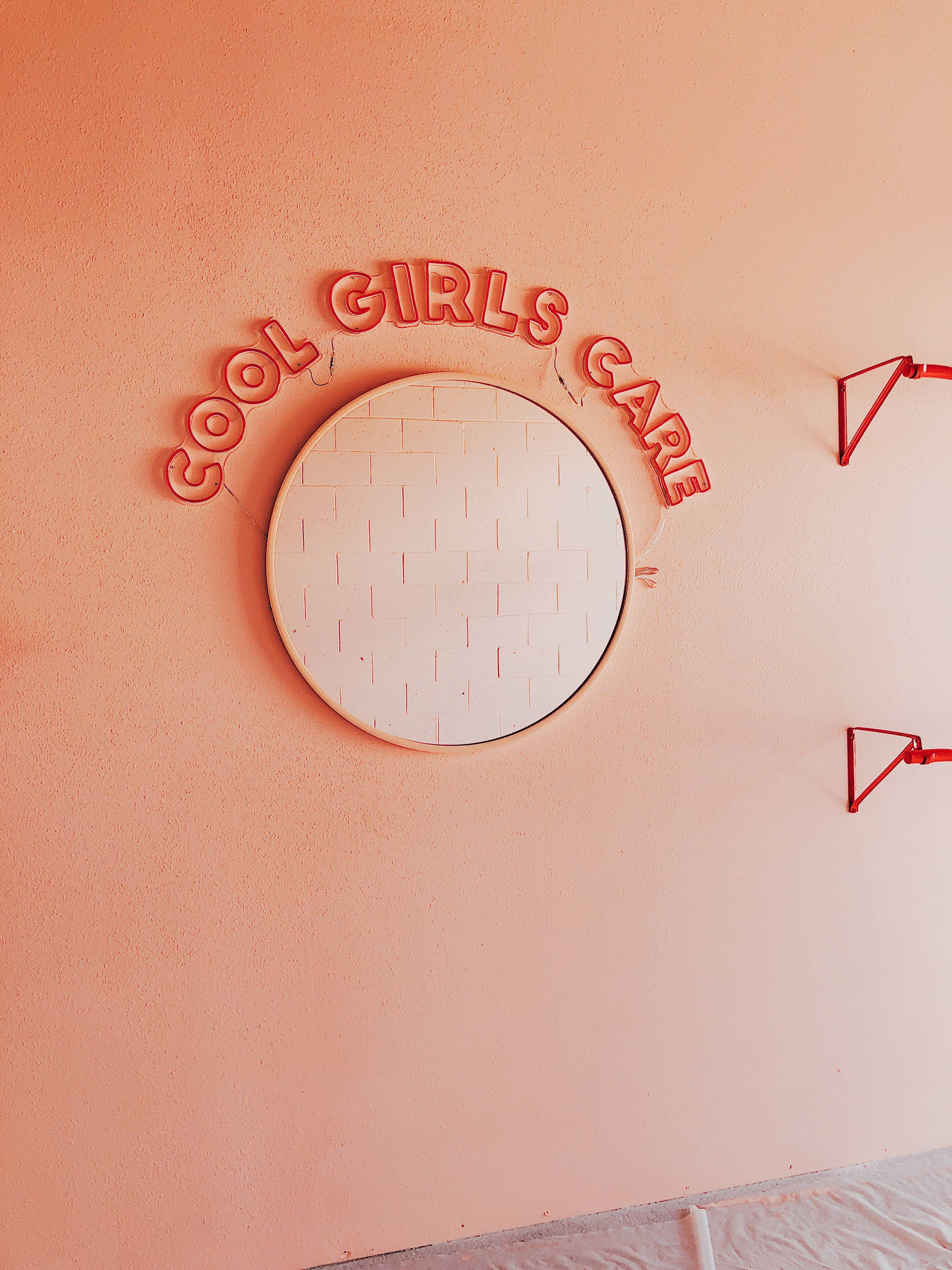 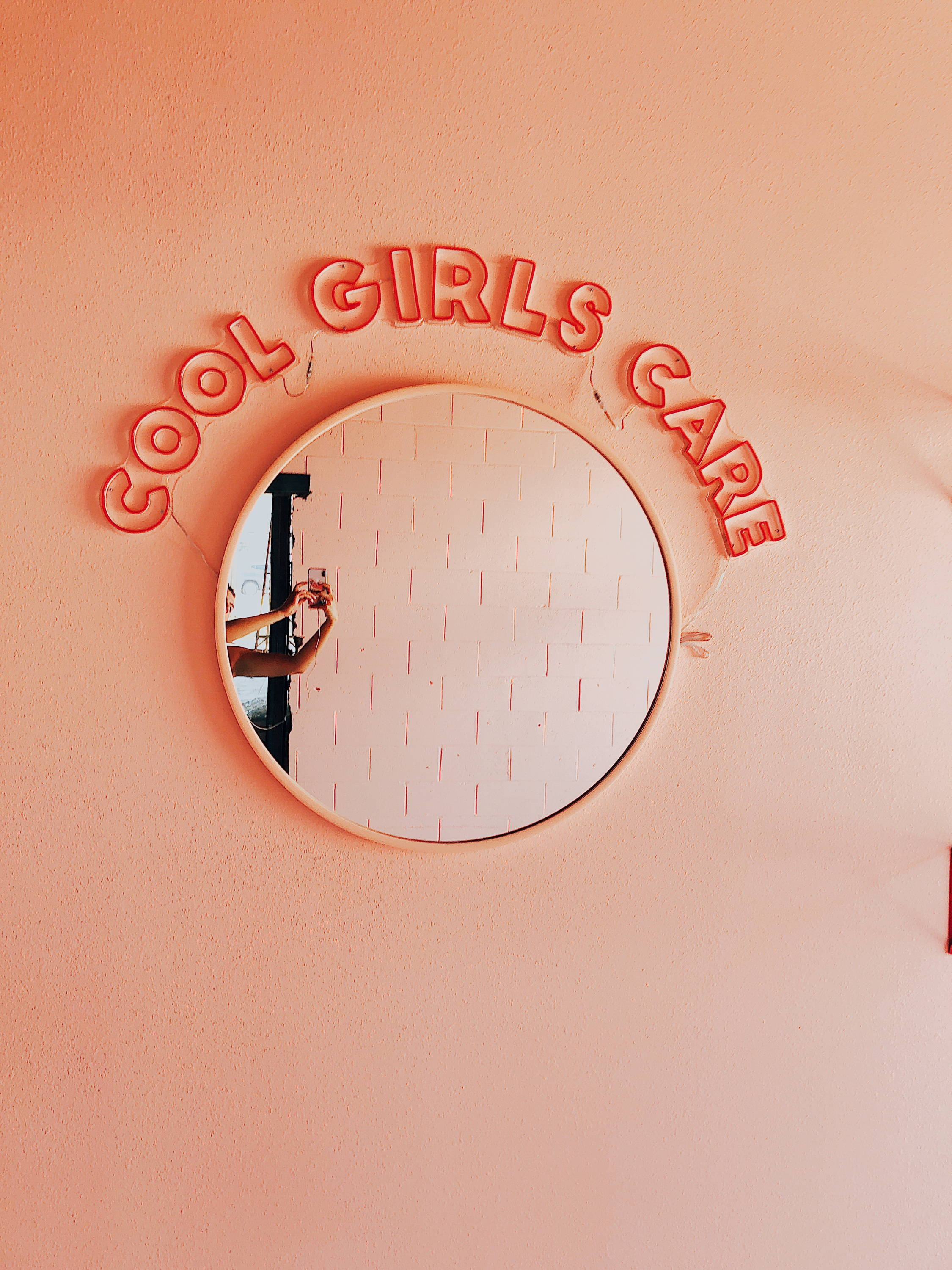 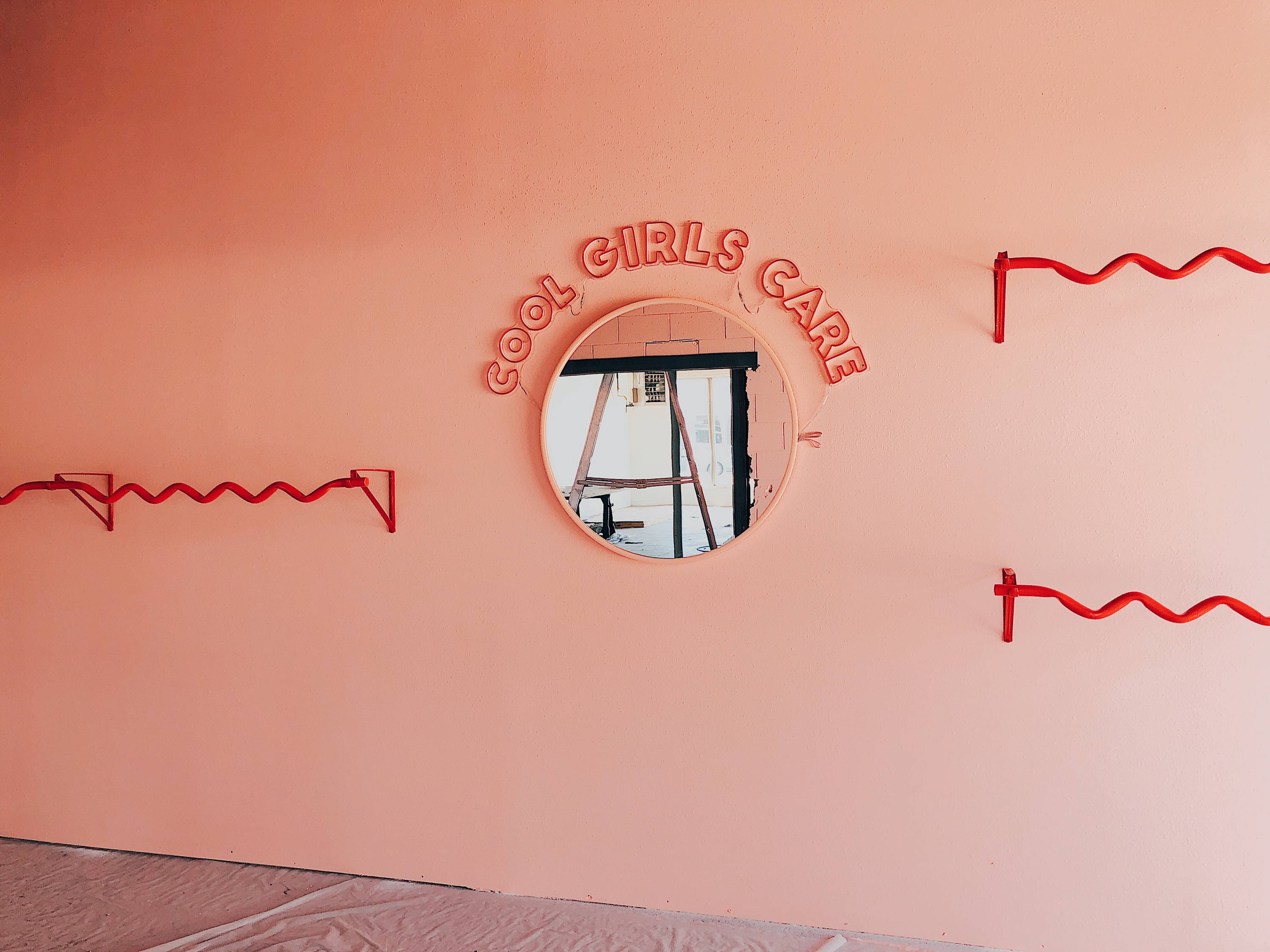 UPDATE: We're still projecting for early September. Fingers crossed, you can be walking and shopping the new shop in less than a month!